Home What is Autism?

What is autism spectrum disorder? 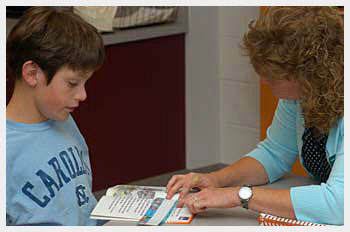 Autism spectrum disorder (ASD) is a neurodevelopmental disorder defined by persistent deficits in social communication and social interaction, accompanied by restricted, repetitive patterns of behavior, interests, or activities. The signs of ASD are usually evident in early childhood. Though it is still considered a lifelong diagnosis, with appropriate early intervention, individuals with ASD can lead productive, inclusive, and fulfilling lives. Many children with ASD do well in school, participate in activities they enjoy, go on to college, and are employed in adulthood. ASD used to be called Pervasive Developmental Disorder (PDD). These terms mean the same thing. PDD is the diagnostic classification in the DSM-IV (4th edition of the most widely used diagnostic manual of mental disorders published by the American Psychiatric Association in 1994). In the DSM-IV, PDD included five types or categories: autistic disorder, Asperger’s disorder, childhood disintegrative disorder, Rett’s syndrome, and pervasive developmental disorder-not otherwise specified (PDD-NOS).

The American Psychiatric Association released the new fifth edition of the DSM in May 2013. In the DSM-5 the term ASD has replaced PDD. Additionally, the DSM-5 does not have any categories under ASD so that all individuals meeting the diagnostic criteria will fall under one autism spectrum. This change was made because research indicates the categories that were under PDD cannot be reliably distinguished. This means the categories of autistic disorder, Asperger’s disorder, and PDD-NOS will no longer be used—instead the diagnosis of ASD will be used to cover the full spectrum.

How common is ASD?

Most recent data from the Centers for Disease Control (CDC, 2014) indicate that 1 in 68 children in the U.S. has an autism spectrum disorder. The prevalence for boys is about 5 times higher than it is for girls, with 1 in every 42 boys having an ASD, and 1 in every 189 girls having an ASD.

How is ASD diagnosed?

At this time, there is no blood or medical testing that can detect ASD. Rather, diagnosis is based on a pattern of behaviors, which are described in the Diagnostic and Statistical Manual of Mental Disorders (DSM). The most recent version of this manual, DSM-5, was published in May of 2013. Diagnosis of an ASD requires a comprehensive evaluation using specialized assessment tools and completed by a professional with extensive knowledge and training related to autism. Appropriate evaluations provide assessment across a range of areas (e.g., motor functioning, communication, socialization, play, thinking skills, coping skills).

While currently there is no known single cause for ASDs, it is generally accepted that ASDs are biological and affect brain development. In some cases, specific genetic syndromes, such as Rett’s Syndrome, Fragile X and tuberous sclerosis, result in symptoms of ASD. Other genetic causes, such as small copying errors in the genetic code, have recently been identified and research is investigating environmental factors that may be linked to ASD. In general, there appear to be different types of ASD, which may be associated with many different causes.

How is ASD treated? 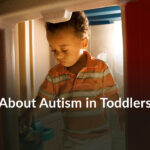