Happy fall– well at least the calendar says fall but the weather is not cooperating. We hope you all had a nice summer break and good start to the school year. We’ve been very busy at FSU CARD during this first quarter of the 2019-2020 fiscal year, and we’re just getting started. Be sure to get your calendars out while you read the newsletter so you can mark down all of the trainings and events listed in this edition of our quarterly newsletter. We switched to a quarterly newsletter back in 2016 in an attempt to manage the workload among our limited staff. Because of this change, we have increased our posts on social media and added social media platforms to get our information out to our clients, families, and community in a timely fashion. Our social media accounts are listed below. Please follow us on your preferred social media platform to get the most up-to-date information.
Facebook: https://www.facebook.com/fsucard/
Twitter: https://twitter.com/FSUCARD
Instagram: https://www.instagram.com/fsucard/
The table of contents of this newsletter is bursting with information about upcoming trainings, events, articles by CARD consultants from all three of our offices, and a unique article featuring the success of one of our adult clients. Several of the upcoming training events will be offered online via the Zoom® platform in an effort to increase participation by reducing the barriers involved with traveling. A few of the trainings/events are happening in the next two weeks, so don’t miss out.
The 2020 CARD Conference is just around the corner and we are excited to be able to offer a limited number of scholarships this year. The application is included in the article and it is a very quick turnaround, so please fill it out if you would like to be considered.
Our 3rd Annual Touch-A-Truck is Saturday, October 12th here in Tallahassee. Last year we had over 400 people attend, and we hope to have even more this year. There is still have room for a few more vehicles and sponsors. If you are interested, please email: autism@med.fsu.edu and ask for a sponsorship packet.
If you are looking for a sensory-friendly alternative on Halloween, please read the article about The Magic of Kevin Spencer. He will be appearing as part of FSU Opening Nights series and will be doing a sensory-friendly show on October 31st in Tallahassee.
I don’t have room to highlight all of the wonderful articles in this newsletter, but I hope you will take the time to read about all of the exciting things happening with FSU CARD. As always, I encourage you to reach out to me and share your experiences, comments, or concerns at any time. We value the feedback we receive and do our best to translate this feedback into improved service.

Don’t miss our 3rd annual Touch-A-Truck sponsored by FSU Card and the FSU Autism Institute. This family-friendly event is for children and adults of all ages. Come get up close and personal with larger-than-life trucks, heavy construction and public safety equipment, cool cars, and specialty vehicles.
WHERE: Edgewater Office Park, 2312 Killearn Center Blvd, Tallahassee, FL
WHEN: Saturday, 10/12/19 – 10:00 AM – 1:00 PM
COST: $5 per person, $20 per family — CASH ONLY
Visit our website for more information → HERE

FSU CARD has a limited number of scholarship to award for the CARD Conference in Orlando, FL, on January 17-19, 2020. All scholarships will be in the form of reimbursement for expenses, up to $500. Recipients must submit receipts upon return from the conference. To apply, visit https://app.smartsheet.com/b/form/4e40ad0ad5a1497b8cf2b4aee600197a
APPLICATION DEADLINE FOR SCHOLARSHIP: Monday, October 7, 2019 at 11:59pm.
The 27th Statewide Annual CARD Autism Conference will be on January 18-20, 2020 at the Florida Hotel and Conference Center in Orlando, Florida.
For more information click → HERE

Parents/Guardians of teens with autism ages 13-17 — We have a few scholarships left for our 1-day Adventures at the National Flight Academy located at NAS Pensacola. Please consider having your teen join us for a day spent learning about flight and planning missions, team building, and, of course, flying in the simulators.
Our 1-day Adventures can accommodate a wide range of abilities! Here are some of the highlights:
– small groups (only 12 teens total) – specially trained and experienced staff – registered nurse present all day – sensory considerations – lunch is provided
The scholarships cover the cost of attending. Travel costs are the responsibility of the family. Preference will go to those who have not attended the National Flight Academy and teens from out of state!
Please enjoy this video created by some of our past participants! https://www.youtube.com/watch?v=E5-BY8Q9cHg
WHERE: National Flight Academy, 1 Fetterman Way, Pensacola, FL 32508
WHEN: 10/19/19 – 10:00 AM – 3:00 PM & 11/2/19 – 10:00 AM – 3:00 PM
For more information contact Dr. Chrissy Ogilvie at christine.ogilvie@med.fsu.edu or 850-324-6245.

Emerging research shows women with ASD navigate the social world differently than their male counterparts. Please join us for monthly discussions on how to build strategies for handling social situations. This training will also focus on managing anxiety and improving organization. Coffee Talk will be for adult women who are registered FSU CARD clients.
WHERE: Black Dog on the Square, 567 Industrial Drive, Tallahassee, FL 32310
WHEN: Second Thursday of each month; starting on 10/10/19 @11AM – 12PM
Please email Tammy at  tammy.dasher@med.fsu.edu to register

Caring for the Caregiver: Keeping Your Pitcher Full – Parent Potluck

Parenting a child with special needs can be a beautifully challenging experience. As caregivers, findings ways to “keep your pitcher full” can seem like an impossible task. FSU CARD – Pensacola invites parents and caregivers to join us for a fun potluck dinner with Dr. Debbie Goldberg, Training Specialist for the Empowerment Power Resource Center, to learn and discuss essential strategies for caring for yourselves as caregivers. Participants are asked to bring a favorite potluck dish or dessert to share!

We will be partnering with FSU’s School of Communication Science and Disorders in offering a five-week training series for college-bound high school seniors and college students. The class will focus on executive functioning, social competence, and other necessary skills to be successful in an academic setting. Each participant will be paired with a social coach for the duration of the series.
WHERE: Warren Building, 201 W.Bloxham ST., Tallahassee, FL 32301
WHEN: 10/31 – 12/5 (No class Thanksgiving Week); @5:30PM – 7PM
***Space is limited***

Articles: CARD Consultant Column
Walk It Out
By: Tammy Dasher
“The fact that aerobic exercise works immediately to fend off the state of anxiety has been well established for many, many years.”
~John J. Ratey, MD, in Spark: The Revolutionary New Science of Exercise and the Brain
We know that exercise is good for us. Huge amounts of research have been conducted on the way physical exercise improves our capacity to learn, remember, and retain information. Research also shows that exercise can reduce stress and anxiety. For people with ASD, finding healthy ways to combat stress and anxiety can make a significant impact on their lives.
In Dr. Ratey’s 2008 book, Spark, he outlines the reasons exercise can have an impact on reducing anxiety:
Dr. Tony Attwood, a well-known author and researcher in the field of autism, recommends those on the spectrum work up to participating in 30 minutes of exercise 3-4 times per week. Exercising outside is preferable to indoors, but treadmills are a good place to start. The important thing to remember is that if you are not used to exercising, you need to start slowly and work up to longer increments of time. Many people enjoy walking their dogs, which can be a great motivator to get out of the house and take a walk.
CARD clients ages 16+ are welcome to join us for our Walk It Out training series in Cascades Park every Thursday afternoon. Please see the accompanying flyer for details and email Tammy at tammy.dasher@med.fsu.edu to register.
Research Opportunities

We are constantly updating the Research Opportunities section of our website as new studies are submitted and reviewed by our staff. Please take a moment to see the current research opportunities listed here: https://fsucard.com/resources/research-opportunities/.

If you have a research study that you would like added to our website, please fill out this Research Review application and upload all of the required documents: https://app.smartsheet.com/b/form/ecb4528ea87b484eaeda5d426db032c9.
ESE Summer Institute
By: Debi Cassidy

We were pleased to partner and support Okaloosa County this July with their annual ESE Summer Institute. Ninety-four teachers and paraprofessionals participated in this training covering Trauma Informed Care, as well as Key Components to Create Quality Classrooms. One highlight of the training was the expo that gave teachers the opportunity to see components from quality classrooms and gain more insight on how to implement them into their own classrooms.
ESE Summer Institute

Free access to the Autism Navigator® How-To Guide for Families

FSU CARD is pleased to continue to offer free access to our CARD families with young children not yet old enough to enroll in kindergarten to the online Autism Navigator® How-To Guide for Families course. This self-pace course will teach caregivers how to use strategies and supports in their everyday activities as well as provide them with access to a variety of “tools” to chart their child’s developmental growth and monitor meaningful outcomes.  This online course is full of video libraries to illustrate how to promote learning and development of their child with ASD.  For more information about the Autism Navigator® How-To Guide for Families, please visit their website.  If you are a parent of a young child with FSU CARD and would like to request a code to the How-To Guide for Families, please click this link .
In addition to the online course, parents that enrolled in the How-To Guide for Families, will be invited to join a weekly meet up (a Guided Tour) where parents will have the opportunity interact with other families with similar issues from the convenience of their computer, phone or tablet.  We hope to start the next CARD facilitated How-To Guided Tour as soon as 10 to 12 families express an interest in getting one started. LEARN MORE

“CARD is continuously looking for clients who would like to share their art or writing pieces in our quarterly newsletter. If you are interested in sharing your work for our next issue, please send an image electronically to Tammy Dasher (tammy.dasher@med.fsu.edu) All pieces should be titled. Select pieces will be chosen for each edition of the newsletter; artists and authors will be notified if their piece is chosen.” 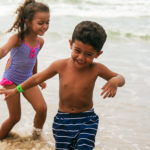 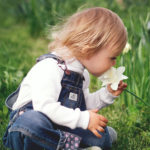